Roger grew up in the motor trade as his father had a few garages in Essex so he was always around cars when he was a boy. In 1958, his father sold the businesses and bought a farm in Norfolk to take early retirement to pursue his interest in horses.  Roger continued to work in the motor trade serving out his apprenticeship training scheme in a number of dealerships learning all aspects of the trade.

In 1964 Roger then followed his parents to Norfolk where he started to develop his business buying and selling used sports cars, and on 12th June 1972 purchased Harvey & Duffield in Long Stratton, now known as Stratton Motor Company. 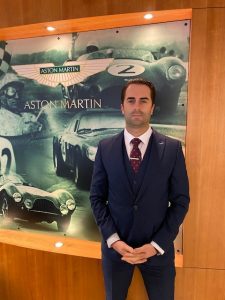 Jonathan joined the motor industry 21 years ago as an apprentice technician, and by 2010 he qualified as a Bentley Master Technician.  For the last 7 years he was managing a successful Bentley Aftersales Dealership but when the opportunity to join Stratton Motor Company came up Jonathan jumped at the chance.  ‘I am very proud on many levels to have been appointed General Manager at Stratton Motor Company, and it is an honour to represent all the brands this company has become synonymous with during its rich history’.  The motor industry has been part of Jonathan’s life since he was born, his father and brother worked for Lotus Cars, so he spent a lot time around the factory, going motor racing, and eagerly waiting to see what exotic car would turn up next at the family home.  You could say luxury and performance vehicles are in Jonathan’s blood.

His favourite car is a Lotus Esprit.  It‘s a very special car to Jonathan as it evokes many happy memories of his father, from being a passenger in one many times as a child, to proudly being able to say that he was the stunt driver in the famous Bond movie The Spy Who Loved Me.

Jonathan loves to travel so he can experience different cultures around the world, motorsport and of course performance cars!

Kevin has always been interested in cars and motorcycles from an early age, with Evil Knievel being one of his childhood heroes.

He joined the motor trade straight from school and enjoyed 11 years as a vehicle technician. Kevin then moved into car sales with VW, Audi and then Aston Martin.

His pastimes include cycling, clay pigeon shooting and tinkering with classic cars. His all time favourite car is the Aston Martin DB4 GT.

Ben has been in the trade for almost 20 years. He enjoys golf, photography and woodwork and has a fully equipped man shed for his weekend projects! His favourite car is a DBS because of the styling, the fact it is built from carbon fibre and the exhaust tone.

Robert has been working with parts for nearly 40 years and with Stratton Motor Company for almost half of those years. His favourite car is a Lotus 7. 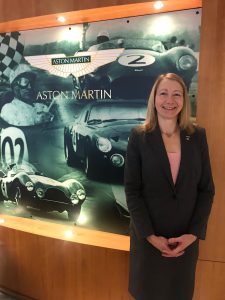 Janine has always been interested in cars and has owned her fair share of hot hatches! When she relocated from Berkshire in 2004, she saw an advert for our receptionist job and thought it was meant to be. In addition to hot hatches, she loves the looks of a Lamborghini Countach. 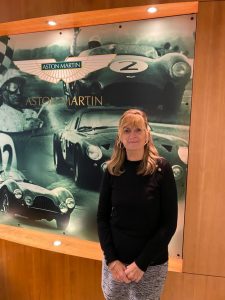 Christine is relatively new to Norfolk, but always had a passion for cars and a receptionist, so this position was ideal for her!

She loves F1 and Lewis Hamilton, but her all-time favourite car is a red Mercedes Convertible, as driven by Bobby Ewing in Dallas. In her spare time Christine also loves all sport, in particular badminton and running. Football is also important to her as all her family are avid football fans, supporting five teams between them!

Interesting fact: her new house is called “Marenello” and pays homage to Ferrari with a sign in the shape of a very large “Prancing Horse”.

Paul joined our team over 40 years ago and has been with us ever since. He has seen lots of changes over the years, but still loves what he does and is glad he chose to go down the motor industry route. He has come into contact or worked on nearly every model of Aston Martin in his career, but one which sticks in his memory is the Aston Martin Vantage Le Mans.

Nathan has always liked cars and engineering and enjoys taking everything apart to see how things work and putting it all back together again! Nathan came to us as an apprentice and has been working on cars ever since. His favourite car is a Nissan GTR R35, as he loves the look and the speed! In his career to date he has worked on cars that have been used in box office films.

Gordon has always been interested in cars and turned his hobby into his career over 40 years ago. His favourite car is a Morgan 3 Wheeler – he is very enthusiastic about them, as you can see from his photo!

Stuart has been with us since the mid 90’s, joining straight from school, after also carrying out his work experience with us! His favourite car is a 1978 Dodge Charger from Dukes of Hazzard! He can be very creative, as he won the Cromer carnival fancy dress costume in 2014 and was a runner up in 2015 and 2016.

Harley enjoys tinkering with anything with an engine! His favourite car is a Lexus LFA as he thinks it sounds awesome because of the 552bhp, 4.8-litre V10 engine.

Cliff has plenty of experience in our bodyshop repairing, stripping, restoring and spraying all makes and models of cars and he has never wanted to do anything else. He joined the motor industry in 1971 and he has been with us since 1990! His favourite car is an Aston Martin V8.

Chris has been with us since 1980! He lives in the village and loves the fact he can work on such beautiful cars all day long, so close to home. His favourite vehicle is a VW Camper Van!

Philip has been with the company since the start and joined Roger back in 1973. He has seen many changes and developments over the years and has numerous stories to tell! After all the cars that he has driven or worked on, his favourite remains his VW Bora, as it has never let him down!

Dominic first started with us 11 years ago and is a valued member of our team. His favourite car is a 1989 Mini Mayfair. In his spare time, Dominic loves to modify cars and his latest project is a Fiesta ST.

Mark has been in the industry since 2000. Although he was doing general haulage before, delivering Aston Martins and other prestige cars seemed like a better option!  His favourite car has to be an Aston Martin DBS, because of its style and power.  He also has a passion for motorcycles. He currently owns a 1972 Triumph Bonneville T120V,1972 Triumph Tiger,1987 Armstrong MT500 and a 2007 Honda Transalp 65!

Rob took redundancy from his previous employment of 20 years in 2015 and wanted a complete change of scene. However he still wanted to be involved face to face with customers and find a job which offered plenty of variety. He has certainly found that with us! His favourite car is a Bugatti Veyron for pushing the boundaries and capabilities of a road car. The first time he ever flew in a helicopter, he jumped out at 250ft!