This car has been in hibernation for many years and stored well, but now having new inner and outer sills fitted which are usually the areas of poor condition and corrosion. Starting easily, running and driving well with dashboard illumination and only 10,800 miles. Not a perfect or concours car but with nice patina, a nice example to own and enjoy and also improve upon.

The Aston Martin Lagonda was the sensation of the 1976 London Motor Show but it was far from production ready. As well as the sensational coachwork, the other outstanding feature was the fully digital instrumentation which took time and a great deal of money to get to function correctly. Production didn’t really begin until 1978 and even during the first two years of production, only 16 cars were completed.

The wedge-shaped design and pop-up headlights was pure 70’s. The Lagonda was from a time of cars like the Ferrari 308GT4 and Lotus Esprit, but more than any other car defined ‘edge’ design. At launch in 1977, the car was reckoned to sell at £25,000, but by 1980, when production reached the promised one car per week, the price had already grown to £50,000! A very expensive car indeed for the time. Needless to say, they were well out of the reach of the man in the street but were popular with the Middle East.

The Lagonda was the saviour of AML during the first few years of the 1980’s. Strong demand, especially from the oil rich Middle East meant that AML even had to produce a brochure in Arabic. The Lagonda was the first production car to use a digital LED instrument panel. The development cost for the electronics alone on the Lagonda came to four times as much as the budget for the whole car. The Lagonda combined striking styling with a premium trimmed luxurious interior.

For too many years the Lagonda has been under-appreciated and whist examples have been inexpensive to purchase there has now been a significant growth in interest and the wedge Lagonda is considered the height of retro-futurist coolness.

Stratton Motor Company serving you since 1972 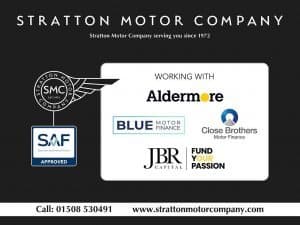 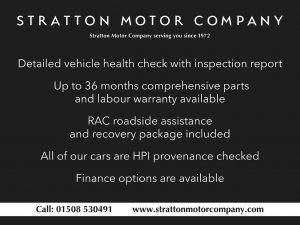 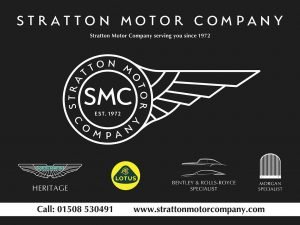 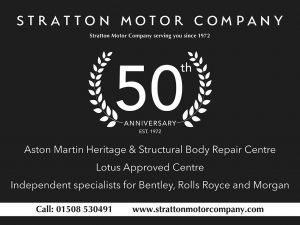