‘Anyone wondering why Aston Martin bother to make their own vee-8 when so many big American ones are so cheaply available need take only one look at the performance data… for the best explanation in the world. Whatever the undisclosed output of the Aston V8, it is enough to rocket this heavy car to 60mph from rest in exactly six seconds and to 100mph in only 14.7 seconds. Much more than this, we were able to reach 138 mph from rest in a mile and on the Continent record a mean maximum speed of 161.5 mph.’ – Autocar, 8 July 1971.

With the resurrection of the ‘Vantage’ name in 1977, Aston Martin enthusiasts everywhere breathed a sigh of relief; previously applied to high-power versions of the DB six-cylinder cars, it had been dormant since the V8’s arrival back in 1969. A heavier car than its six-cylinder predecessor, the V8 had suffered as emissions legislation became ever more strangulating, leading to concern that Aston Martin’s traditional performance image might be lost. The arrival of the Vantage dispelled any such worries.

Propelling Aston’s V8 back into the supercar league was a tuned version of the existing 5,340cc engine breathing through a quartet of 48mm Weber carburettors rather than the standard 42mm units. Valves and ports were enlarged and the camshafts changed, the end result being an estimated maximum output of around 375bhp. Chassis changes were minimal apart from the adoption of bigger ventilated discs all round and low-profile Pirelli tyres. The Vantage was, nevertheless, readily distinguishable from the standard product by virtue of its blocked-off bonnet scoop, blanked air intake, front chin spoiler, and lip on the boot lid.

Produced to satisfy demands from the USA, the Volante debuted in 1978 but it was not until 1986 that it became available to Vantage specification, which by this time meant around 400bhp. Along with the Vantage engine and bonnet came flared wheelarches, a boot spoiler (a feature the Volante had previously lacked) and an extended front spoiler, while glassfibre extensions replaced the model’s hitherto characteristic chromed sill covers. The result was a muscular, aggressive-looking car that could justifiably claim to be the world’s fastest convertible, all the more so when it came with the optional 432bhp X-Pack engine like this example. A total of 166 Vantage Volantes had been completed by the end of production in December 1989. 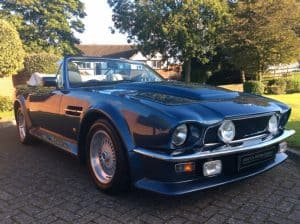 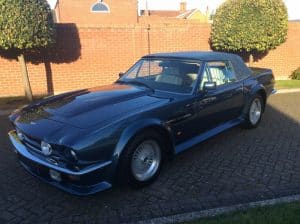 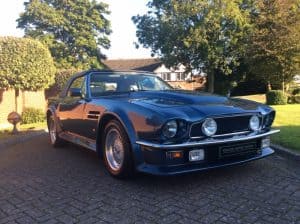 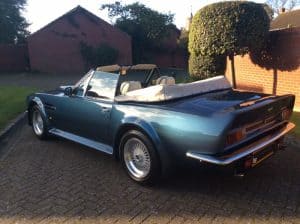 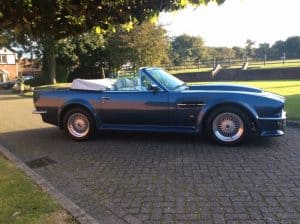 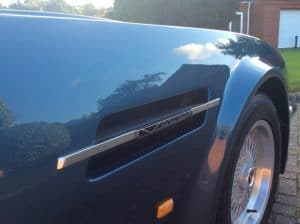 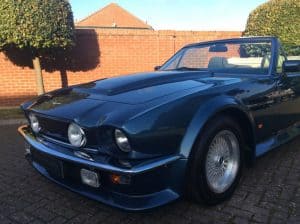 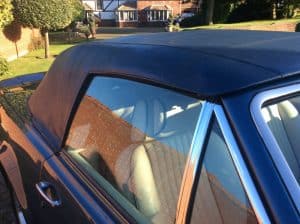 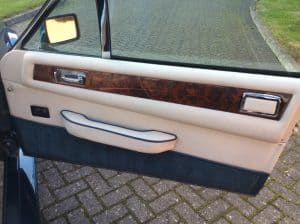 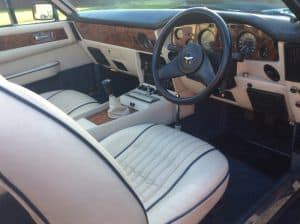 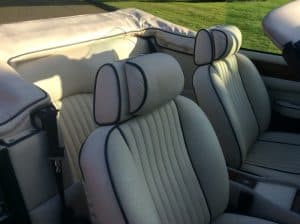 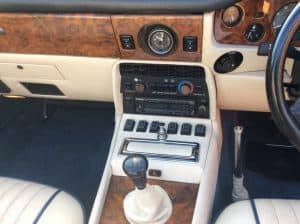 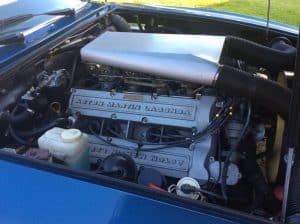 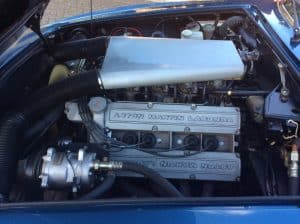 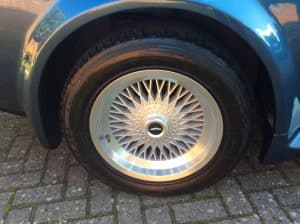