Read about an outstanding example of the vintage Bentley Continental. Which is available from Stratton Motor company in Norfolk. We are Bentley dealers and are suppliers of Bentley spares and accessories.

Own a Classic Bentley 1 of just 20

‘In the twilight of their coachbuilding years, James Young had with these cars reached the pinnacle of excellence.’ – Martin Bennett, Rolls-Royce and Bentley.

About the Bently Continental

Despite the popularity of the ‘standard steel’ bodywork, introduced when production of Rolls-Royce and Bentley cars resumed after WW2, a steadily declining number of independent coachbuilders continued to offer alternatives. Arguably the most stylish were those produced to clothe the Bentley Continental which, of course, was only ever available with bespoke coachwork. One of the most prominent of these surviving firms was James Young, a company that had established itself among the foremost coachbuilders for upmarket chassis by the end of the 1930s. The Bromley-based carriage-maker had bodied its first automobile in 1908, affiliating itself with a succession of quality marques throughout the 1920s and 1930s before being acquired by the Jack Barclay Group in 1937. Its factory was devastated by wartime bombing, the company did not resume exhibiting at the London Motor Shows until 1948, continuing to offer coachbuilt designs of distinction on (mainly) Rolls-Royce and Bentley chassis until the arrival of the unitary construction Silver Shadow/T-Series range in the 1960s. A lack of suitable chassis would force the firm’s closure before the ‘Sixties decade ended, but in its declining years, James Young produced what is widely recognised as its finest creations, this beautiful four-door Bentley Continental among them.

had begun life exclusively as a two-door car but in 1957 H J Mulliner was sanctioned to build a four-door design on the S1 Continental chassis, this elegant six-light model being known as the ‘Flying Spur’. James Young of Bromley responded with its own equally appealing four-light, four-door saloon design, which was later revised in six-light style, continuing on the V8-engined S2 and S3 Continental chassis virtually unaltered apart from changes made to accommodate the latter’s quartet of headlamps.

Delivered in February 1963, right-hand drive chassis number ‘BC64XA’ is one of only 20 of this model bodied by James Young, which ceased coachbuilding soon after. The car was originally registered ‘3FGX’ and was first owned by Sir Bagrit of Portland Place, London W1. The accompanying history file contains a list of all subsequent registered keepers (five in total), the last of whom acquired the Bentley in May 2012.

In 2004 the car was restored by independent marque specialists Taylor’s of Chichester at a cost in excess of £40,000, its owner at that time being Mr Deeth of Bosham Hoe, West Sussex. Invoices relating to the restoration are on file together with numerous others for maintenance and servicing for the period 1980 to 2014, during which time the car covered fewer than 20,000 miles. In addition, the history file also contains a copy of the Bentley S3 handbook; James Young’s maintenance instructions; photographs of the restoration work; and copies of the original order paperwork and factory build sheets. Finished in blue with matching original leather interior, this rare four-door Continental is described as in generally good condition and offered with current MoT/tax and V5C registration document.

A charming classic Bentley for sale 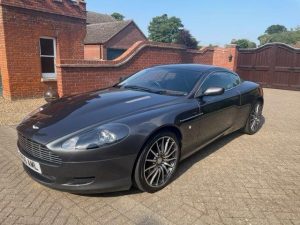 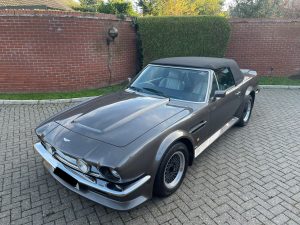 £39,995
Year: 2011
Morgan Plus 4 (2011) One owner
We use cookies on our website to give you the most relevant experience by remembering your preferences and repeat visits. By clicking “Accept”, you consent to the use of ALL the cookies.
Cookie settingsACCEPT
Manage consent