How it happened - Our History

Roger Bennington originally acquired the premises of Stratton Motor Company, then known as Harvey and Duffield, on 12th June 1972.  At the time it was a small country garage with a few ramshackle buildings with tin and asbestos roofs.  The petrol station used wind-up pumps and the garage represented four franchises: Austin, MG, Riley and Wolseley. 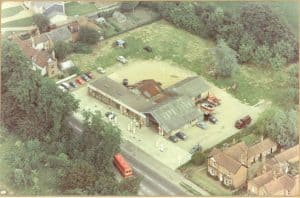 Gradually over the years it has grown to a thriving performance car dealership, occupying a large five-acre site just South of Norwich, complemented by a further four-acre site housing our Motorsport Division and other commercial activities of the group.

Originally the garage had been owned by the Robinson Motor Group, a Mercedes dealer. Roger wanted to put his stamp on it, so he set about making the garage his own and changed the name to Stratton Motor Company.  Shortly he also acquired the other garage in the village, then known as Ipswich Road Service Station which carried Morris, MG, Riley and Wolseley.  Once the brands were amalgamated, Triumph was added and Stratton Motor Company now represented six different franchises.

The small showroom wing is the only part of the building which is still original today. Everything else has been demolished and rebuilt.

Shortly thereafter, British Leyland added Rover to our portfolio.  Roger tried to get Jaguar, desperate to get a quality brand on board, but to no avail.

At that time Stratton Motor Company, a modest filling station, with a small workshop, was selling about 120 new cars per year and specialising in used sports cars, namely Aston Martin, Jenson and Jaguar. Roger tried to get the official Jenson franchise but was not successful as it was franchised at that time to Norwich Motor Company.

In 1976 we approached Aston Martin to become a Service Dealer as there were a number of DB6, DBS and V8's in Norfolk having been sold by Botwoods, part of the Mann Egerton Group who had recently decided to relinquish the franchise due to aggravation with the fuel injection system on the early V8s.

We had been involved with Aston Martin for a few years previously as we had sold a number of used ones and had contacts at the factory, so it was a natural route to go.

It was a costly franchise, having to buy specialist tools and a parts operation and for the first couple of years Roger wondered if he had made the right investment, but his enthusiasm for the marque drove him on. 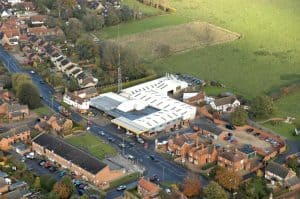 After about 4 years of perseverance, the benefits were clear, and shortly afterwards we were appointed as a distributor and ended up being the third-largest Aston Martin dealer in the world.

We were also appointed an approved Aston Martin Bodyshop Service Centre.  One of only a handful of dealers achieves this status.

Whilst we do carry out a tremendous amount of work on the current model Aston Martin's, we are particularly well known for our expertise on all the Heritage Aston Martin models and for our restoration work.

In the 90’s we were approached by Ford and briefly took on their franchise but unfortunately, a volume franchise was just not for us.

Having relinquished British Leyland, then known as Rover, we were appointed as a Lotus Main Dealer in 1996.  Our workshop was kept extremely busy with British sports cars and that trend still follows today.

On 2004 we were appointed as a Morgan dealer, which meant at that time, we represented three UK hand-built franchises.

In the late 70's we started to indulge again in Motorsport and throughout the early 80's we campaigned a Works TR7 V8 on the rally scene with much success, and then a V8 Aston Martin on the circuits.

Due to the success, we had with the Aston we opened up a Motorsport Department known at that time as Heritage Racing Support, which over the past few years has grown and currently runs modern day GT4 Aston Martin and Lotus race cars, and is often referred to as Stratton Motorsport. 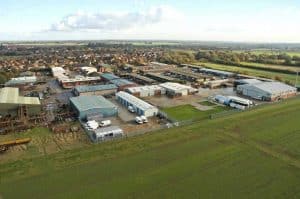 Being involved in motorsport has enriched both our reputation and expertise.  It has generated additional work for the workshop and boosted our sales activity with modern sports and high-performance cars.

All these activities enhanced our other small business including Benningtons Norfolk Ltd, a car storage company and Cheqair, a helicopter charter company which at its peak operated 6 helicopters.

Due to the growing size and commitment to the other businesses, the helicopter is now not as active as it once was but still run for our own benefit, especially in relation to motorsport.

In June 2022 we celebrated our 50th anniversary!